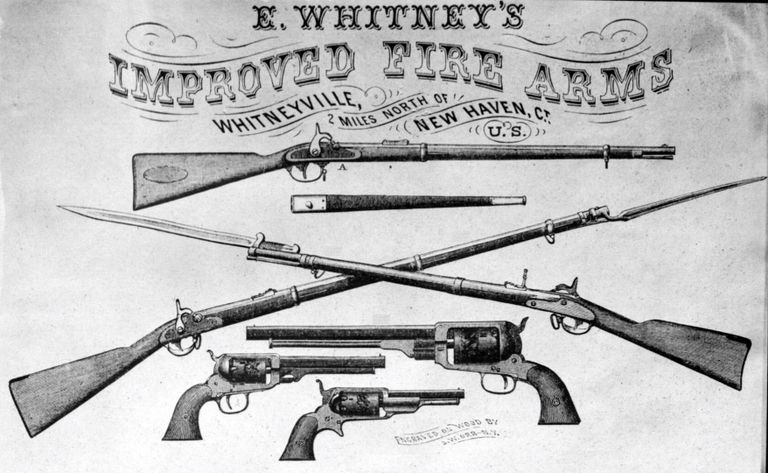 For information on the Whitney Navy Model, please click below

For information on the various Whitney Pocket Models, please click below

Eli Whitney, Jr. assumed control of his father's armory in 1841.  The Whitney Arms Company manufactured muskets for the Government and would continue to do so during the War Between the States.  Whitney's first opportunity to become involved with the manufacture of handguns occurred in 1847, when Sam Colt received a contract for 1,000 revolvers during the War with Mexico.  Colt had closed his plant in Paterson, New Jersey in 1843, due to economic conditions and loss of payments for his Paterson revolvers during the Seminole War.  Whitney and Colt partnered for the manufacture of the Colt Walker revolver, at the Whitneyville armory. That venture helped Colt get back into the firearms business, and helped prepare Whitney to begin manufacturing his first handguns around 1850.  Colt retained a patent on his revolving mechanism, which caused Whitney and other manufacturers to develop other methods of "revolving the cylinder".  Once Colt's patent expired in 1857, Whitney began producing revolvers with the same reliable mechanism.


This website is dedicated to the revolvers produced by Eli Whitney, Jr.   A reference book for the Whitney Navy Revolver was published in 2012; however, our research continues for all models of Whitney revolvers.